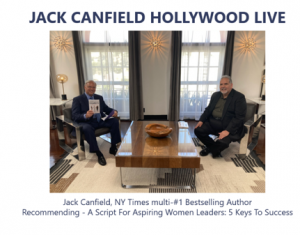 Sevierville , Tennessee – March 2021 – Mr. Mark Villareal was recently a featured guest on Hollywood Live. The show was filmed in Hollywood, CA at the historic Hollywood Roosevelt Hotel. Mark was selected to be a guest on the show due to his success in the business coaching/consulting industry as a speaker and author. Mark was given the chance to share his expertise on business coaching/consulting. In this episode, he shared his knowledge of how to help businesses large and small define and build sustainable leadership teams for long-term success. Mark was joined on the show by other guests from around the world who shared their expertise and stories of their success as well.

Hollywood Live is produced by The Dicks Nanton Celebrity Branding Agency® and directed by 16-time Emmy® award winner Nick Nanton. Mark Villareal’s commitment to business coaching was the main reason he was selected to be a part of the show.

Mark Villareal is a business coach, consultant, speaker and author. With 35-years in Corporate America, with 21-years being at the C-Level, Villareal has helped businesses large and small define and build sustainable leadership teams for long-term success. He is an international bestselling author of 8-books, with his recent being, A Script For Aspiring Women Leaders: 5 Keys To Success. He teaches that great leaders pay it forward.