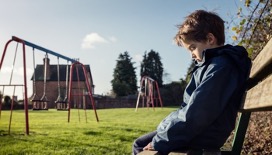 Recently I was doing a radio interview and the radio host had asked if there was one thing that I learned later in life that I wish I could go back and be better at. The host waited for my answer, which I responded to automatically, but I seemed to catch the interviewer off guard with my response. I answered, “I wish I had learned to be still sooner in life and understood what that really meant and how it was truly a benefit.”

The interviewer seemed somewhat surprised as they may have been expecting a physical skill or something instead of a mental one. I then explained that this was something my mother would say to me growing up. She would say, “Mijo, you need to learn to be still. You are racing through life and racing through issues and you are missing out on opportunities and lessons. In addition, you are not aware of blessings and surroundings that are right in front of you. Being still at times will allow you to gain a better perspective and make better decisions.”

I will state that I was probably in my teens the first time she told that to me. Unfortunately, I did not absorb it at that time and allow it to change me, or understand the lesson. I raced in everything I did, believing that this was the proper way. This was my way of attacking life. Soon I found myself a father at the young age of eighteen. I took responsibility and raced forward. Having my first child so young brought challenges as I was still not fully mature myself. But I had not learned to be still. Having a child so young and my other choices did make me who I am today, and I do not ever regret having any of my kids. Each are a treasure and a blessing. But even as a young adult with children I needed to learn to be still. Remember, being still would allow me to enjoy and be aware of my blessings and surroundings, and after you race through life you cannot get that time back. I wish I learned to be still earlier in life.

Funny, but years later there was a song that spoke about learning to be still. However, Mom spoke those words early in life to me and often, as a coach will repeat important messages. Sometimes a leader understands they need to plant many seeds and someone else might bring the water that sprouts an individual to learn the lesson. In addition, I know Mom often referred to the biblical verse that said, ‘Be still and know that I am God.’ She wanted me to trust in that message. Mom wanted me to understand that sometimes being still would teach me more than racing ahead and losing focus. When you understand your surroundings you then can understand your direction.

As years went by I learned so much more from Mom’s message of learning to be still. I would have the benefit of strong mentors being still, allowed me to absorb the message and learn the lesson. By being still I was able to observe as other leaders would lead by example and each example had great value. Then as I would lead and mentor others being still allowed me to watch their growth, discern where they struggled, and be there when they stumbled. Being still even helped me prevent their stumbles and mine as well. I recently have had the pleasure of mentoring a young female employee these past few years and her hunger to learn was matched with her ability to execute. She started as an admin, but as she was observed it became evident that she had the intelligence and skills to grow. She took to coaching and she showed me that she had learned to be still. She would follow the message and learn the lesson. She steadily showed advancement and growth.

This person took over a new role where she led a new team and executed well. She would consistently seek more guidance and more coaching. I now enjoyed that I learned to be still because watching her and mentoring her has made me a better coach and leader. She soon won employee of the year within a company of over 300 employees. Not to settle for less, she sought a new role which was more challenging and involved selling with a high accountability. We built a strategic plan, built the accountability around that plan, and set it in motion. The plan took a little while to develop, but we believed in the contents of the plan. Because the plan was built on the proper foundation, any adjustments were easily identified when evaluating the built-in stages. Sales grew and this person has just earned the Million Dollar Award. For this, and being a part of her success, I am grateful that I learned to be still.

Leaders learn to be still and then taught others its importance. Those that grasp it sooner can grow rapidly and advance. Some leaders that may need to learn to be still may be obsessed with the next big idea, but because they cannot be still no big idea gets fully executed. However, because they have not learned to be still, they may not even know why they constantly change things. Making proper business plans and implementing is a lesson in learning to be still. If the business plans are built on the proper foundations as well as the execution plan being followed, then successful results will ensue. If constantly changed, you will never know if the plan ever had validity. Organizations need to evolve, or they will eventually die. But the misconception of constant change is not evolution, but destruction. Evolution comes from being still and understanding the surroundings, the needs and goal. Then evolution can truly bring revolution.

In business we are looking for success, but as we teach others when, and how, and why they need to learn to be still. Then they will also find the satisfaction in achieving that success. Observing my friend Crystal and watching her growth has been extremely satisfying and it validates that as I focus on others success mine comes naturally. That is the epitome of leadership. Mom wanted me to understand that. I believe Mom knew she had a luxury back then by being able to be a housewife, but also saw it as an added responsibility to maximize her lessons to each of us. In today’s society, and with mothers that work, I am in awe on how they still are awesome mothers and leaders that teach and mentor their children. Most of all I believe Moms understand the lesson best of learning to be still. They certainly find the joy and the rewards in their children. Thanks ladies.

Mark Villareal is an International Best-Selling Author of Shortcuts Get You Lost! A Leadership Fable Of The Dangers Of The Blind Leading The Blind.