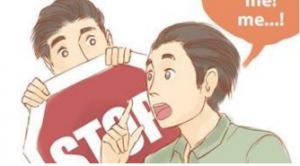 As a teenager, most of your focus is on the moment at hand. I believe it is natural around the teen years to be a little self-centered. Waking up each day I am certain that my thoughts were about what I had planned, who I was going to see, or what I was going to do. I know I did not wake up worrying about others. After all, I was not even aware of others to worry about. So I would wake up and make my way through the day and made decisions based upon how it would affect me. This seemed pretty reasonable, and probably still not uncommon among teens. Morning would come, I would wake up and get ready for school. I would give a ride to many friends that lived on our street. I had a normal routine and a specific time that I wanted to leave. Most of the time that worked well, but naturally sometimes a friend would run late. My rule was simple, be there on time or find another way. I would simply leave and not worry about if or how they made it to school. Later that day I may see them at school, and if they expressed frustration I simply replied that they needed to be on time. The conversation was pretty one-sided.

It was during this time that I met a kid in P.E., which was my daily physical education class. We were playing basketball and we were on the same team. We played well together and our team won. I introduced myself, and he said his name was John. He was a nice young man, as that would be how my mother would describe him. The next day, John and I made sure we were on the same team again. We once again played off each other well and won the game. We became common teammates and we won many games.

John would approach me during breaks between classes, or lunch, and we would have brief conversations, but mostly while passing. I think I always seemed busy. But we would sync up in P.E. again, and we would excel as the Mark and John team. It became pretty routine and I enjoyed playing on the same team as John. Each day, I would expect the same routine. At times, John would encourage me to go out for the school basketball team, as John had made the team and he believed my skills were equal to his. My ego probably thought my skills were better, but anyway I just did not have time for the school team. I believed John just wanted to be my friend, and I am not saying that I was unfriendly, I just never took the extra time to build a friendship.

It was just a week or so that John did not come to school. Because I was not too close to John, I was unaware of any circumstance. Then I heard the news. John passed away suddenly. He had a brain hemorrhage and died. As stated, I was unaware of what may have happened that caused this, and I never heard the details. I was just surprised, and yes shaken that someone I knew, someone my age, passed away. It was probably one of my first reality checks of life, that life isn’t always fair. I only knew that life was not fair to John and his family.

I went to John’s services with friends and acquaintances. I was touched to hear the stories of John that others had to share. There were stories of John’s accomplishments. Stories of how John helped others. Stories of his family, and what John meant to them. I would see other friends and acquaintances from school tell funny stories about the fun times they had with John. I remember the feeling of sadness that I had not allowed myself to know John better. In a small way, I was angry at myself for always being too busy for John, and I knew we would have been better friends. John is someone my mother would have welcomed into my life. Later that night I went home in a solemn mood. I sat in the kitchen away from the living room where the others were watching television. I guess I just wanted to be alone. My mother noticed my countenance, which she knew was not my norm. She knew I went somewhere that evening but did not know the story or that an acquaintance had passed. She came to the kitchen because her son was more important than a television show.

She sat down and asked, “What’s wrong mijo, you seem so quiet?”

I had no response. In some ways, I did not know what was wrong. I just knew something was not right. Something just was not right with the world at that moment, and it caught my attention.

“Marcos, is something bothering you? I can tell when you are acting this way that something is wrong. What is it? Where did you go tonight?” she asked.

“I went to a service, Mom. A service for someone that died that I went to school with,” I explained.

“Who mijo? That is terrible! Was he a close friend? What happened?” she questioned.

“He was someone I knew, Mom, but not too well. We played basketball together,” I replied.

“His poor parents. Are they okay? Do they need anything?” she asked.

My mother was always thoughtful of others. She was the epitome of unselfishness. I loved this trait of my mother. I sat quietly for a moment, and then I explained to my mother what was bothering me. I told her the story of how John seemed to want to build a friendship and how I was just too busy for him. I talked about the service and how others spoke about him. I then spoke of my shame that I did not get to know him better. I truly wished I could have the opportunity, to become better friends with John. I am sure I would have treasured that friendship today. To have had the moments to have known him in friendship. Mom was great. Mothers have such a loving touch of grace when they see their children saddened. Mom also recognized a teaching moment. She recognized that I was already teaching myself as I realized I missed an opportunity and took life for granted. She also realized I humbled myself some, which is what she would also try to teach me.

“Marcos, I know you are sad, and that sadness is for several reasons. One, you are sad that John passed, I know that. But two, you are sad that you did not get the opportunity to know John better. Mijo, it is easy to take life for granted, especially when you are young.” She held my head against her body. Such a loving moment. She then gave the lesson. “Mijo, perhaps you need to learn an important lesson. It is not about you,” she stated.

“What I mean is this, you need to quit being so self-centered about yourself and look at life from a new perspective. Look at life with the perspective that life is not about you, it is about the others in your life. It is about your family, your friends, and who else God puts in your way.

If you learn life from this perspective and focus on others your life will become more enriched by the others doing the same for you. When you help others, befriend others, teach others, you will learn more in life and grow faster in whatever you’re doing than when you focus on just yourself,” she stated so eloquently.

I still sat quietly, but I heard every word of her message. The next day when leaving for school, one of the individuals that would normally ride with us was not there. When I drove away, I went a different direction and the others in the car noticed and questioned what I was doing.

“I thought we would go drive by Skipper’s house to see if he is just running late,” I said.

They said nothing. They were just surprised. Then as we pulled up to Skipper’s house I honked and he came out surprised as well as he knew he was late and was already looking at another way to get to school. Skipper jumped in the car and we drove to school. Nothing else needed to be said, because it was not about me.

This lesson was not only a lesson for life but also business and leading others. This is where, as a leader, when I focused on others’ success mine came naturally, mine blossomed. From focusing on others my life has become more fulfilling as others grew into leaders and then mentored others. As we define future leaders we owe it to them to teach them this lesson early in their development. As we mentor them they will see by our example of how we spend our energy on them and others. We then celebrate their success and give them the credit. Why, because it is not about you.

Excerpt from “Leadership Lessons From Mom” available at Amazon