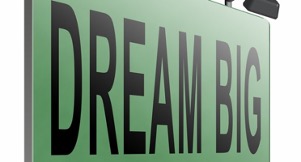 One of my favorite memories, and also one of my greatest joys, is to see how we dream big when we are young. We have a couple of boys that we consider our adopted grandchildren that I love being a part of helping them dream big and fantasize what they can become. Bobby and Jimmy are beautiful brothers who have loving young parents that take great responsibility in raising them. I appreciate the love and leadership they take in raising them, but I also genuinely appreciate that they allow us to be a part of it. Bobby is the oldest and he was born with digestive difficulties but has grown healthy. Jimmy, his younger brother appeared extremely healthy at and since birth and like any younger brother wants to be like his older brother and wants to be included in his older brother’s activities.

When Bobby was young, we would buy him harmonicas, flute-like instruments, kazoos and even a miniature guitar. A few things amazed me. One, Bobby kept such good care of them, and two he would put them away each day and ask before bringing them out. Respect starts from how he was raised, and he knew it no differently. But the other amazing thing is when his younger brother was born and as he grew, Bobby loved sharing his toys and was anxious to hand them down and offer his brother encouragement. I believe this is also why his brother Jimmy wants to be like Bobby. Their parents have truly taught them well.

The one thing I love about being a part of their lives is to work on things that allow them to dream big. When I was at the Smithsonian there was an astronaut uniform for children for sale and I could not resist and purchased one for Bobby, as Jimmy was still a baby at the time. The joy when I received pictures of Bobby wearing the uniform and having a costume party so he can proudly display this uniform was nice. We also subscribed the family to Smithsonian Magazine knowing that his parents participate and read the articles to the boys. This is a big part of leadership when leaders participate in their employees dreaming big. Leaders can play a big role in the encouragement of big dreams and in attacking them. Next, Bobby wanted to be a Park Ranger and I am like a kid myself when I find things that will help nurture that dream. I found a National Jr. Park Ranger vest, a backpack and other items and sent them for Bobby’s birthday. But the best part is I included items for his brother too. I created a letter on fake letterhead from one of the parks and sent it to Bobby as a recruitment letter into the Jr. Park Rangers. The letter explained to Bobby that we admired his interest and his work so much that we wanted him to groom his brother. The letter was signed by the legendary Brock Cliffhanger! I needed no credit, because I had all the joy. Bobby’s mother wanted to tell him who it was from and I let her know it was more important to me for him to believe in the dream than to know it was from me. There is no better joy I receive than to get pictures of them playing in their outfits. On the 100-year anniversary of the National Parks their mother baked a birthday cake and they celebrated.

Why am I writing about these boys and not my mother? Simple. I learned this from my mother, and yes both parents. By learning and developing to dream big and to become a leader, I also know that great leaders pay it forward and I desire to be a great leader. When I was young, I had sports idols. Len Dawson was the quarterback of the Kansas City Chiefs and I wanted to be like Len Dawson. For Christmas I received a full tackle football outfit in red colors so I could look like the Chiefs. What was also important is my mother took the time to understand who Len Dawson was. It was important to her that if I was going to dream big, then it was important who my role models were. Len Dawson was and still is a man admired for his character, charisma, and leadership. The city of Kansas City still adores him to this day and he has always given back. This is another great lesson on leadership, it is important to know and understand who the examples are to ensure those we are leading are following the right examples. My mom wanted me to dream big and believe I could become Len Dawson.

I grew up a Dodger fan and have remained one until this day. However, for some reason I did grow up loving and admiring Carl Yastrzemski of the Boston Red Sox. I remember the love and admiration the team, fans and the city of Boston had and still have for the man. I believe in my younger years people admired individuals for the right reasons. Once again, much like Len Dawson, Carl Yastrzemski is a man of good character, charisma, and leadership. He gave back to the city. As an athlete he believed in and worked for the team and pushed the team. I sometimes wonder how a Dodger fan became a huge Carl Yastrzemski fan. I am suspicious if my mother, the great leader that she was, did not influence who my role models were. Great leaders can influence and understand that their influence in us is a responsibility. If my mother did sneak in Carl Yastrzemski, I certainly love her for it.

Here is why I believe my mother lovingly pointed me towards the right role models. Because one lesson she taught me when I was young and reminded me over the years was an exercise to define the qualities of my heroes. She would want me to list out those qualities. This for certain showed it was important to her who my role models were. She would then ask me why those qualities were important, and this showed that the proper understanding of the right qualities was important to her in my development. Once she was satisfied, she then would challenge me to demonstrate those qualities and state that if I am able to demonstrate and emulate those qualities in my actions, then I actually will become like my hero. This was a great teaching exercise. I have utilized this exact exercise in business. I have held sales meetings and walked each employee or member of the team through each step of the exercise. I would then take it a step farther and have each person speak out and let others know who their heroes are. Next, I would have them display the hero document with the qualities listed on the page at their workplace or cubicle and challenge them to become their hero. We would walk around and have discussions about their hero, their fondest memories of that hero and you would see the joy in their eyes. My mother knew, as I have seen in business, that role models are important to people. They shine and become more expressive as they discuss and display their role models and heroes.

Then why do we struggle to dream big as we grow older? When we are young the whole world is ahead of us and anything is possible. My mother worked hard for me to always believe that anything was possible in my life. That is what leaders do. When we grow older, we experience roadblocks and disappointments that then teaches us fear and worry. My mother did several things. She talked about dreaming big and continued to show her faith in me and my abilities through her whole life. In addition, my mother also recognized the roadblocks, disappointments, and sensed the fear and worry. She could not always take away the disappointments or remove the roadblocks, but as a leader she would continue to encourage and coach me. She would even be open about discussing my inner fear and worry to help me through it, and many times to help me see that there was nothing to fear or worry about. Most of the time we tend to exaggerate the situation which expands the fear and the worry. Mom helped me to recognize that. Finally, she would coach me to learn from the experience and even help me to understand that sometimes I needed those experiences. I needed to allow them to be a learning curve as they developed my character. We as leaders must do the same in business and with those we lead. Because we cannot prevent all disappointments, and some might add value, we can encourage, coach, teach and help those we lead to continue to dream big. We need to also step back and evaluate our dreams. Are we dreaming big today?

Excerpt From Leadership Lessons From Mom

The book is available on Amazon via paperback and Kindle.